The design of the Bank of England’s new £50 note, featuring the computer pioneer and codebreaker Alan Turing, has been revealed.

The banknote will enter circulation on 23 June, which would have been the mathematician’s birthday.

It will be the last of the Bank’s collection to switch from paper to polymer. In keeping with Alan Turing’s work, the set is its most secure yet.

Old paper £50 notes will still be accepted in shops for some time.

Why is Alan Turing on the note?

The work of Alan Turing, who was educated in Sherborne, Dorset, helped accelerate Allied efforts to read German Naval messages enciphered with the Enigma machine. His work is said to have been key to shortening World War Two and saving lives.

Less celebrated is the pivotal role he played in the development of early computers, first at the National Physical Laboratory and later at the University of Manchester. 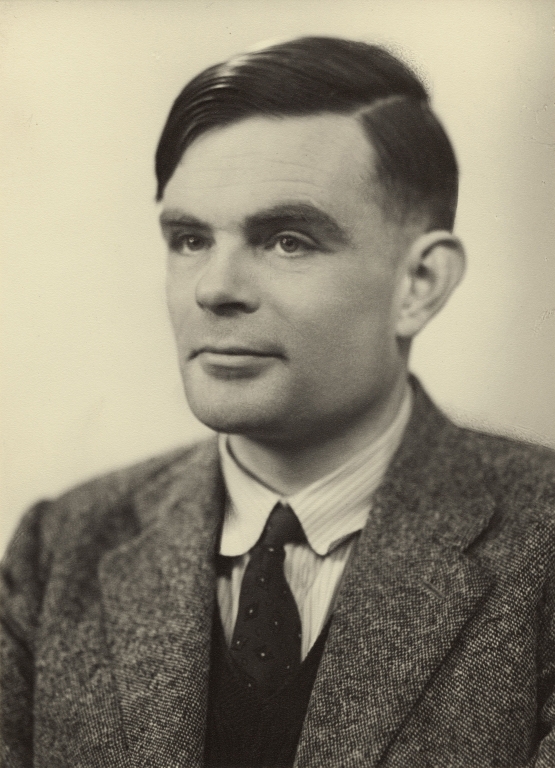 In 2013, he was given a posthumous royal pardon for his 1952 conviction for gross indecency. He had been arrested after having an affair with a 19-year-old Manchester man, and was forced to take female hormones as an alternative to prison. He died at the age of 41. An inquest recorded his death as suicide.

Andrew Bailey, the governor of the Bank of England, said: “He was a leading mathematician, developmental biologist, and a pioneer in the field of computer science.

“He was also gay, and was treated appallingly as a result. By placing him on our new polymer £50 banknote, we are celebrating his achievements, and the values he symbolises.”

The Bank is flying the rainbow flag above its Threadneedle Street building in London as a result.

However, campaigners are still questioning how much the Bank’s collection of banknotes represents society. Three feature men – Winston Churchill on the £5 note, JMW Turner on the £20 note, and soon Alan Turing on the £50 note. Only the £10 note, with the portrait of Jane Austen, depicts a woman apart from the Queen, and all are white.

In an interview with the BBC, Mr Bailey said he wanted to see diverse ethnic minorities represented on future banknotes.

He added that the portrait of Mr Turing on the new £50 note was an important symbol of diversity.

What features are on the note?

The new note will feature:

There are also a series of security features, similar to other notes, including holograms, see-through windows – based partly on images of Bletchley Park – and foil patches.

The Bank also says that plastic banknotes are more durable and harder to forge.

Sarah John, the Bank’s chief cashier whose signature features on the note, said: “This new £50 note completes our set of polymer banknotes. These are much harder to counterfeit, and with its security features the new £50 is part of our most secure series of banknotes yet.”

The £50 note is the least likely to be in people’s wallets or purses.

There were 351 million £50 notes in circulation last year, out of a total of nearly four billion Bank of England notes.

The government has previously discussed whether it should be abolished.

The banknote was described by Peter Sands, former chief executive of Standard Chartered bank, as the “currency of corrupt elites, of crime of all sorts and of tax evasion”.

The debate continues, with the added element that cash use has declined, particularly during the Covid pandemic.

The UK’s intelligence agency GCHQ has set what it describes as its toughest ever puzzle to mark the new note.

Twelve puzzles – called the Turing Challenge – increase in complexity leading to one final answer. The agency’s in-house experts claim that ‘an experienced puzzler’ should be able to complete it in just seven hours.

Few clues are provided other than that each is based on unique design elements of the banknote, including technical drawings for the device designed by Turing during World War Two to break the German Enigma code at Bletchley Park.

Although Turing was, among other accomplishments, the co-creator of the first computer chess programme he claimed not to be that good at puzzles himself.

The new note though marks another step in the recognition of a man whose wartime work was secret, and who took his own life soon after his conviction for homosexuality in 1952.

“Turing was embraced for his brilliance and persecuted for being gay,” said current GCHQ Director Fleming. “His legacy is a reminder of the value of embracing all aspects of diversity, but also the work we still need to do to become truly inclusive.