Tanzania’s President John Magufuli has died at a hospital in Dar es Salaam, the country’s vice president announced in a televised address on Wednesday. He was 61.”President John Magufuli died of a heart ailment that he has battled for over 10 years,” Samia Suluhu Hassan said. She added that the president had been receiving treatment at Mzena hospital since Sunday, and announced 14 days of national mourning. Hassan is now the acting president of Tanzania. While a date for her swearing in has not yet been announced, she will be Tanzania’s first female president. Magufuli, who usually made weekly public appearances at Sunday church services, had not been seen since February 27, fueling speculation that he was ill and was being treated abroad. As news of the president’s death emerged, opposition leader Zitto Kabwe offered his condolences to Magufuli’s family. “This is an unprecedented moment for our United Republic of Tanzania, and one that will undoubtedly move us all in very personal ways,” the leader of the ACT-Wazalendo party said in a statement. “My immediate thoughts are with Mama Janeth, and the whole family of our deceased President. “He also offered “blessings, courage and patience” for Hassan. “My fellow Tanzanians, let us continue to pray for patience and understanding. This is a moment to show our maturity and integrity as a nation,” Kabwe added. British Prime Minister Boris Johnson was one of the first world leaders to express their sympathy at the death of Magufuli. “My thoughts are with his loved ones and the people of Tanzania,” he wrote in a post on Twitter. 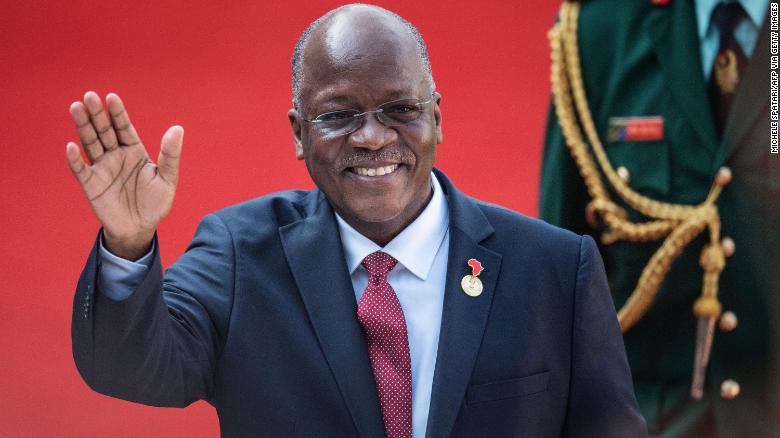 Tanzanian President John Magufuli attended the inauguration of Incumbent South African President Cyril Ramaphosa on May 25, 2019.Known as “The Bulldozer” for his tough stance against corruption and for his hardline policies, Magufuli swept to victory in October 2015 as Tanzania’s fifth president. But excitement over Magufuli’s intolerance for corruption was shortlived as he began a clampdown on democracy and critical voices. Magufuli oversaw closures and suspensions of numerous media outlets, while his government undermined judicial and parliamentary independence, implemented a partial ban on public rallies, harassed MPs, closed online political space, and prosecuted critics under defamation and sedition laws.

Early on in the pandemic, Magufuli dismissed the seriousness of coronavirus in Tanzania, urging his citizens to “pray coronavirus away,” believing the “satanic virus can’t live in the body of Jesus Christ,” and blaming the growing number of positive cases on faulty test kits. In June, he claimed his country had eradicated coronavirus “by the grace of God,” questioned the safety of foreign Covid-19 vaccines and made no plan to procure any shots for his country, instead pushing for the use of herbal medicine and steam treatments. Tanzania hasn’t reported Covid-19 figures since April 2020, prompting the World Health Organization to call for Tanzania to publish data on the coronavirus and ramp up public health measures. Last month, the US Embassy in Dar es Salaam warned that Covid-19 cases had been surging since January.