Patrick Foster hit rock bottom in March 2018. The teacher had racked up huge gambling debts and could not see a way forward.

Looking back on his life, the 33-year-old recalled placing his first bet at university. It was just a bit of fun with his friends.

But his taste for gambling became an addiction when his career as a cricketer ended abruptly and he started working in the City.

Things only got worse when he left to be a teacher, borrowing money from his students’ parents and lying to his colleagues.

He decided he could win it all back with one final bet and staked £50,000 on a single horse. When it lost, he accepted his life was over.

Here, in his own words, is the story of how he got his life back on track.

‘I didn’t know what I was letting myself in for’

I had one dream in life and that was to become a professional cricketer.

I managed to achieve this after accepting a sports scholarship to Oundle School in Northamptonshire, one of the top schools in the country.

When I left at 18, I signed a two-year professional contract with Northamptonshire County Cricket Club. That summer things went incredibly well for me and I got called up to the England under-19s squad.

I decided to get a degree so that I had something to fall back on and got in to Durham University.

One Saturday morning, shortly after fresher’s week, I got a knock on my door and a few lads said they were going to the bookies. I didn’t really know what I was letting myself in for.

I watched a guy playing on a roulette machine and I was transfixed. He stormed out and I jumped his chair. I had £2 in my pocket and decided to put it on green zero. It came in and my life changed forever.

I walked out that night with £250. I thought: “Do you know what? I can make loads of money from this.” And it gave me an unbelievable rush.

‘My dream was over and it hit me really hard’

Unfortunately, I injured my ankle and couldn’t play cricket. I started to gamble more and more.

When I got fit again, I had this distraction. I used to be the first into training and the last out. Now I wanted to get out of training as soon as possible to get to the bookies and it started to affect my performance.

At the end of that year, I got called in by the head coach and I was released. My dream was over and it hit me really hard.

It was the first time in my life that I was told I wasn’t good enough at something. I didn’t like it and I didn’t know how to respond to it. My way of dealing with it was to run away.

I graduated with a 2:1 and moved with four mates to London, where we earned huge graduate salaries in the City.

I continued to gamble but I was excelling at work and I thought I didn’t have a problem. I was offered a promotion and a pay rise with a big bonus.

Two nights later, I arranged to meet my friends in a bar to celebrate. I was feeling pleased with myself and put £500 on a football accumulator. I won £34,988.

The worst thing was that smaller wins didn’t give me the same buzz anymore. So I started putting £2,000 on a horse to try and get that feeling.

I lost that money in five weeks. When it had gone, I wanted it back. I started to chase it and I told myself I would stop gambling if I won it again, but I never came close.

By this stage, I had taken out two bank loans, maximised my overdraft and missed my last month’s rent. I realised things were spiralling out of control.

‘That was the biggest mistake I ever made’

I decided to go home and speak to my parents. I had a choice that day but I was so worried about what they would think. I didn’t want them to be disappointed in me so I chose not to tell them. That was the biggest mistake I ever made.

Instead, I blamed it on the London lifestyle. I told them I wanted to do something different. I said I wanted to become a teacher. I thought that would stop me gambling because it would be a completely different environment.

I got a job at a school in Oxford teaching history and Latin. But as soon as I settled in, I started to gamble again. I wasn’t earning as much and I started to get into more debt, with more loans and credit cards.

Once that money had run out, things escalated to the next level. I was surrounded by very wealthy people. I started to approach them for money and I lied to them. I told them the taxman was after me, I said I had crashed my car and that I needed money on a short-term basis. I started to borrow huge amounts and gamble it all away.

At the end of 2016, I decided to move schools because I was worried I would be found out. My life was a mess but I met my girlfriend Charlotte and somehow I managed to hide everything from her.

I kept thinking about telling her the truth but I was so worried I would lose her, I thought the second I admitted it that she would leave me.

By the start of 2018, things were out of control. I had 76 different online betting accounts and 23 payday loans. I had borrowed money off 113 different people and I had £250,000 worth of gambling debt that needed to be paid back immediately.

I hit the self-destruct button and for the next two months I was gambling huge sums of money all day and all night, in the knowledge that when I got found out, that would be it.

I got called in by the head who had received complaints from colleagues and parents. I had nowhere to hide. They said they were going to open an investigation and I knew I would lose my job, and could lose my house and be taken to court for fraud.

I decided gambling was my only way out and I thought one big win would save me.

It was the start of the Cheltenham Festival and it was the perfect opportunity. I rang someone and said a family member had been in an accident and I needed £10,000 to pay off a medical bill. I managed to turn that into £50,000 by getting lucky on a horse but it wasn’t enough. I needed more.

‘My world came crashing down’

So what I decided to do was probably the most stupid thing you could possibly imagine. I decided to put a £50,000 bet on one horse race, the Cheltenham Gold Cup.

I was convinced a horse called Might Bite was going to win. I watched that horse lose by a single length and my world came crashing down.

A few days later, I resigned from my job and I picked up my car keys and drove round for three hours. I decided to end my life because I felt like there was no other option.

One thing going through my mind was: “You’ve got to tell someone.” I decided to reach out to my little brother. I sent him a message saying what I’d been doing and what I was about to do. I asked him to say goodbye to everyone.

He tried to call me but I didn’t want to pick up. My mind was made up.

Then he sent me a message – and that message saved my life.

He said: “Whatever you do, do not do this.” He said he wouldn’t be able to cope and neither would my girlfriend or my family. That was the moment in my life that I stopped thinking about myself and started thinking about other people.

‘I’ve got a second go at life’

I told my family everything. The lies, the debts, the situation with my job. It is impossible to describe how tough that was but it was the moment I was able to move on with my life.

They didn’t go mad. They recognised I needed help and they arranged for me to go to rehab. I thought: “I’ve got a second go at life.”

The next month in rehab was really hard, I had to take full responsibility for what I had done.

I got engaged to my girlfriend when I came out but I had no idea what to do with my life. I contacted the Professional Cricketer’s Association (PCA), who look after current and former cricketers, even if they had a short career like mine. They helped me financially and emotionally, organised more treatment and worked out a plan to start paying my debts.

I had a burning desire to share my story. I’m not proud of what I did but I recognised how easily I had fallen into this trap. I started giving talks to cricketers through the PCA, to try to stop them from making the same mistakes and I went back to give a talk at my former school in Northamptonshire.

Around the same time, I started working for EPIC Risk Management, a consultancy that helps prevent gambling-related harm. So far, I have spoken at more than 200 schools, more than 100 sporting organisations and around 50 businesses.

I really want to get the message over to young people in particular, who have such easy access to gambling online. If I can make a difference to one person then it will all be worthwhile.

Gambling has had a huge impact on my life. I will be paying off my debts for the next 15 years.

I’m now writing a book about my life which will be published early next year and I want to carry on sharing my story. It’s just a small way of giving back after taking an awful lot away.

It is my way of saying thank you to the people who have saved my life.

As told to Charlie Jones 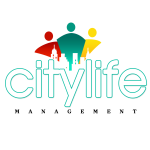 HitzAfrik
2 weeks Ago
The Convention People’s Party (CPP) has urged the public to use the occasion of the Kwame Nkrumah Memorial Day to...

HitzAfrik
2 weeks Ago
Aisha the galamsey queen Attorney-General and Minister of Justice has filed new charges against ‘galamsey’ queen, Aisha Huang in respect...

HitzAfrik
3 weeks Ago
President William Ruto has unveiled a presidential portrait that is different from those of all his four predecessors in design...

Ghana: Cylinder Recirculation Policy To Begin In Parts Of The Country By End Of This Year

What would happen if the IMF bailed out Britain?

Ghana vs Brazil: Addo Gets It Wrong – What Did We Learn?

Ed Sheeran: I Owe My Career To Jamal Edwards

The dollar is super duper mighty right now. Here’s what that means for you

Inflation Is Stubbornly High. Here’s What This Bank Exec Suggests For You

Britain’s Queen Elizabeth II is to be reunited with her husband the duke of Edinburgh as she is laid to rest in a historic state funeral.

Uganda Airlines to Name 200 People Who Travelled For Free

The Queen’s Coffin To Be Flown To London From Scotland

“Trust me to officially have an EGO.” said Adele on receiving her latest prize.

Mr Trump, 76, Spent The First Part Of His Speech Criticising the FBI

President Akufo-Addo jumped to the Defence of Finance Minister, Ken Ofori Atta against Public calls for him to either resign or be fired

Lucky Winners From All Over Africa get to join the Dubai Girls to explore the never-ending Splendour of Dubai.