As the House prepares to send articles of impeachment to the Senate on Monday, CNN has learned that dozens of influential Republicans around Washington — including former top Trump administration officials — have been quietly lobbying GOP members of Congress to impeach and convict Donald Trump. The effort is not coordinated but reflects a wider battle inside the GOP between those loyal to Trump and those who want to sever ties and ensure he can never run for President again. The lobbying started in the House after the January 6 attack on the Capitol and in the days leading up to impeachment. But it’s now more focused on Sen. Mitch McConnell, the powerful minority leader who has signaled he may support convicting Trump. “Mitch said to me he wants Trump gone,” one Republican member of Congress told CNN. “It is in his political interest to have him gone. It is in the GOP interest to have him gone. The question is, do we get there? “McConnell had proposed delaying the trial until February, but with the articles coming to the Senate on Monday, the process will likely be set in motion sooner. It would take 17 Republicans to join all 50 Democrats in order to convict. While the bar is high, some GOP sources think there is more of an appetite to punish the former President than is publicly apparent. “There were 10 House Republicans who voted for impeachment. There were probably over 150 who supported it,” said Charlie Dent, a former Republican congressman and CNN contributor. The ongoing Republican whisper campaign, according to more than a dozen sources who spoke to CNN, is based on a shared belief that a successful conviction is critical for the future of the Republican party. Multiple sources describe this moment as a reckoning for the party. “Trump created a cult of personality that is hard to dismantle,” said a former senior Republican official. “Conviction could do that. “The lobbying effort has included behind-the-scenes pressure by Republican donors, calls from former top Trump White House officials, and a set of talking points circulating among Republicans arguing for Trump’s impeachment. The 9-point memo charges that “it is difficult to find a more anti-conservative outburst by a U.S. president than Donald Trump the last two months.” Other points include that Trump “urged supporters from across the nation to come to Washington, DC, to disrupt” Congress on January 6 and egged on the crowd, which was “widely understood to include people who were planning to fight physically, and who were prepared to die in response to his false claims of a ‘stolen election. ”The memo goes on to point out Trump “tweeted and made other statements against the Vice President as the Secret Service was being forced to rush Mike Pence out of the Senate chamber and into a protective bunker.” It’s unclear how widely disseminated the memo is among Republicans in Washington.

‘A fight for the party’ 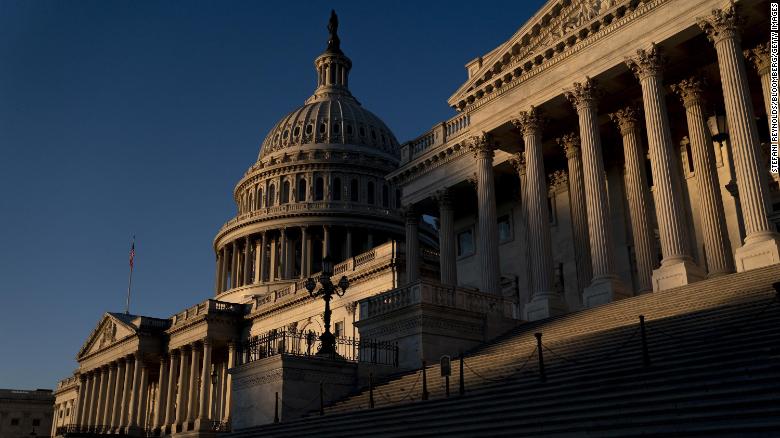 The U.S. Capitol on Friday, Jan. 22, 2021.McConnell is also facing pressure from a faction of Senate Republicans to stick with Trump, with some telling CNN that support for conviction could threaten McConnell’s leadership. “No, no, no,” Sen. Ron Johnson, a Wisconsin Republican and Trump ally, told CNN when asked if he could support McConnell if he voted to convict Trump, calling such a vote a “dangerous precedent” and adding: “I don’t even think we should be having a trial.” “If you’re wanting to erase Donald Trump from the party, you’re going to get erased,” Sen. Lindsey Graham of South Carolina said on Fox News Wednesday. “This idea of moving forward without Donald Trump in the Republican Party is a disaster for the Republican Party. “There have also been public appeals for Republican lawmakers to take action against Trump. Former White House chief of staff John Kelly told CNN if it was up to him, he would vote to remove Trump. Former Attorney General Bill Barr accused the President of “orchestrating a mob to pressure Congress” and went on to call his conduct a “betrayal of his office. “Among some former Trump administration officials, the President’s actions around the January 6 riot aroused feelings of disgust. “I almost threw up when I saw the President tweeting against Mike Pence,” said one former senior Trump official. In addition, more than 30 former Republican members of Congress signed a letter urging House members to vote to impeach. At the same time, current and former Senate aides are encouraging their bosses to seriously consider voting to convict. And in the days after January 6, a handful of House staffers whose bosses supported Trump resigned, including a senior GOP staffer on the House Armed Services Committee and aides to Reps. Lauren Boebert and Jim Jordan. “A lot of people view this as a fight for the party,” said one former Republican Hill aide. Others are hoping more Senate Republicans will step up. “In the Senate, there is more institutional respect and understanding of the long-term consequences,” said former Trump administration appointee Gabriel Noronha. “There is also real resentment of Trump and the damage he has done, and awareness of what this means in the next four to eight years. “Noronha recently made news when he was fired by the White House for a tweet condemning Trump’s actions on January 6. 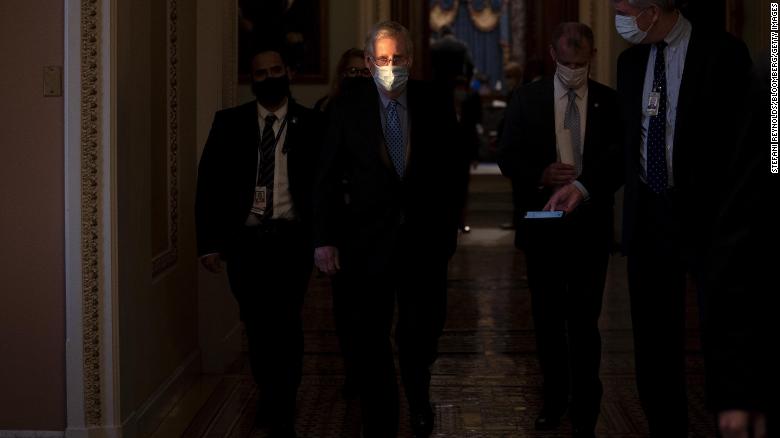 Senate Minority Leader Mitch McConnell, center, wears a protective mask while walking to his office from the Senate Chamber at the U.S. Capitol in Washington, D.C., U.S., on Thursday, Jan. 21, 2021.The consensus among the Republicans who spoke to CNN is that McConnell’s decision on conviction will sway others. On Tuesday, in his most forceful comments yet, McConnell tied Trump’s actions to the attack itself during a speech on the Senate floor.”The mob was fed lies,” McConnell said. “They were provoked by the President and other powerful people. And they tried to use fear and violence to stop a specific proceeding of the first branch of the federal government which they did not like. But we pressed on.”Since he is known as restrained and deliberate, McConnell’s words gave hope to Republicans who would like the party to split from Trump.”I hope Mitch’s institutional reverence for the Senate will overcome his natural political caution and will lead him to the conclusion that Trump is in the way of the party’s future,” said the former senior GOP official. 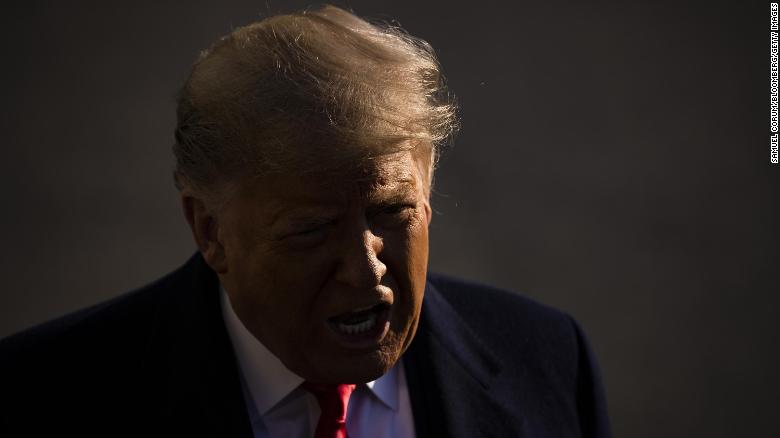 Former President Donald Trump speaks to members of the media while departing the White House on Tuesday, Jan. 12, 2021.Other Republican senators who have said they will vote to acquit cite a Jan. 12 op-ed in The Washington Post by former federal judge and conservative legal luminary J. Michael Luttig. Luttig writes an impeachment trial after Trump left office would be unconstitutional. “I think a lot of people would like a reason not to convict,” said a former Republican Senate staffer. But other Republican legal experts are pushing back with GOP senators. “It feels like the weight of the energy in Washington with legal conservatives is pretty strongly in favour of impeachment,” said Gregg Nunziata, a former counsel to the Senate Republican conference who has reached out to senators himself. However the fear of reprisal from Trump’s allies in the media — Fox News hosts Sean Hannity and Laura Ingraham have already criticized McConnell’s condemnation of Trump — and Trump’s base may prevail. The former senior Republican official who would like to see Trump convicted characterized it as an internal war within the party and expressed pessimism that enough senators would rise to the occasion. “I have learned through sad experience that no one has lost money betting on the seemingly bottomless capacity of congressional R’s for self-abasement and cowardice,” said the former official.