‘I want to empower Afghan women’: female prosecutor on a lonely mission

Zainab Fayez, the only woman serving as a prosecutor in Afghanistan’s southern province of Kandahar, has resolved 50 cases of abuse against women, and helped detain 21 men accused of violence against women, including police officials, over the past year. But she still longs to see other women join her in the legal profession.

“My aim is to see the next generation of Afghan women empowered,” said the 28-year-old, who has worked in Kandahar’s attorney-general’s office for the past two years. “In Kandahar, it is very hard for a woman to work alone in an office, which is predominantly occupied by male staff members and where women as workers are taboo.

“In Afghanistan’s justice system, women’s participation is necessary and we need to work hard to provide a good foundation for the next generation of women. I am ready to make any kind of sacrifice for this cause.”

A graduate from the Sharia faculty of Kabul university, Fayez is proud of her work towards the elimination of violence against women – despite the challenges. 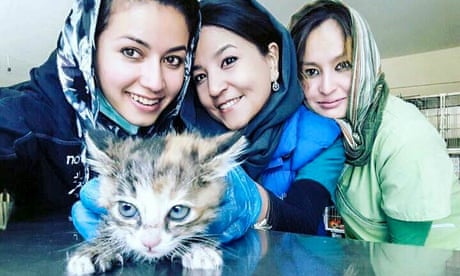 The United Nations says Afghanistan’s court system is failing to provide adequate access to women who are victims of violence.

Orzala Ashraf Nemat, a leading women’s rights activist who worked directly on cases of violence against women between 1999-2007 in Afghanistan and in refugee camps in Pakistan, said attitudes needed to change. For instance, there is a “notion that mediation is anti-women, but it’s also a lasting, long-term solution to domestic violence,” she said.

And, “we should get rid of ideas such as that rape victims should marry their rapists.”

Despite her own success in resolving dozens of cases related to women’s rights violations, mainly involving domestic violence, in Kandahar province, Fayez said many more cases remained unresolved because women did not report th 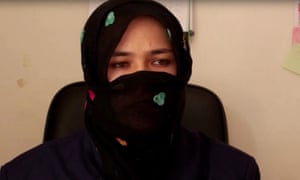 The Afghan judicial system badly needs more female professionals in order to instil confidence in women so they feel free to discuss their concerns with female staff, she said.

In Kandahar, the crucible of the Taliban’s rise to power in the 1990s, Taliban gunmen shot dead a leading women’s rights campaigner in April 2009, and Afghanistan drew international condemnation for a law that critics said legalised rape in marriage.

As a woman, Fayez is on her own in Kandahar as she deals with issues such as child marriage, domestic violence, sexual assault, the denial of inheritance rights and access to education. If more female prosecutors were working alongside her, she said, the impact would be much greater in achieving justice for women.

A fellow female prosecutor, Maria Bashir, based more than 500km away in western Herat province, was presented with the International Women of Courage award for her work promoting women’s rights in Afghanistan.

Fayez, who is married and has a one-year-old son and three-year-old daughter, travels 12km every day to reach her office. Her husband Fakhruddin said he supports his wife in a society where it is taboo for women to hold jobs. “We need to break stereotypes for the empowerment of Afghan women,” he said.

A report from the International Development Law Organisation said women in Afghanistan often lack access to opportunities to gain legal qualifications and for professional development, in comparison with their male counterparts, resulting in a discrepancy between the number of women who graduate from the law and Sharia faculties and those actually employed in the justice sector.

“In Afghanistan, female prosecutors, as well as female service providers and responders [are] needed across the whole social service sector,” said Hadia Nusrat, a gender expert working for women’s rights in Kabul and Islamabad. “The resistance to women taking up jobs involving interaction with the public requires innovative support mechanisms and political commitment … to ensure that Afghans transition to peace and stability with equity and dignity through the main workforce largely comprising women and youth.”

There has been an influx into Kandahar of Afghan girls who lived in Pakistan and have a good education, but they are not aware of Afghan law or the justice system. Amid increasing economic insecurity and unemployment, some women may be more fearful of alienating men who are usually the sole breadwinners, or of taking action that might lead to men’s imprisonment.