Who is Trump’s education secretary pick?

(CNN)White House officials were alarmed by Education Secretary Betsy DeVos’ struggle to answer basic questions about the nation’s schools and failure to defend the administration’s newly proposed school safety measures during a tour of television interviews Sunday and Monday, according to two sources familiar with their reaction.

Though DeVos was sworn in to her Cabinet position 13 months ago, she stumbled her way through a pointed “60 Minutes” interview with CBS’ Lesley Stahl Sunday night and was unable to defend her belief that public schools can perform better when funding is diverted to the expansion of public charter schools and private school vouchers. At one point, she admitted she hasn’t “intentionally” visited underperforming schools.
DeVos struggles to answer basic questions about schools in her home state
“I hesitate to talk about all schools in general because schools are made up of individual students attending them,” 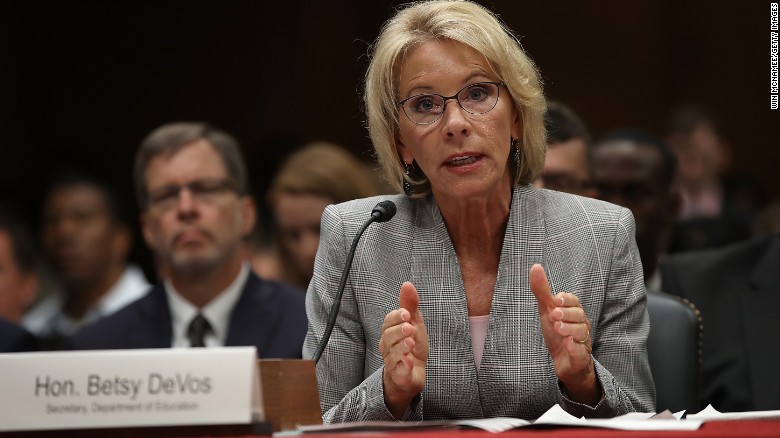 DeVos said, as Stahl suggested that DeVos visit those underperforming schools.
Things worsened as DeVos continued her cable television tour Monday morning. The White House released its proposals for school safety measures after a shooting in Florida killed 17 people. Part of the proposal includes a task force to examine ways to prevent future mass shootings, headed by DeVos. Though the proposals don’t include raising the age limit to purchase firearms from 18 to 21 — as President Donald Trump once suggested — DeVos told Savannah Guthrie on NBC’s “Today” show that “everything is on the table.”
“The plan is a first step in a more lengthy process,” DeVos said, adding that she does not think that arming teachers with assault weapons would be “an appropriate thing.”
“I don’t think assault weapons carried in schools carried by any school personnel is the appropriate thing,” DeVos said. “But again, I think this is an issue that is best decided at the local level by communities and by states.”
“The point is that schools should have this tool if they choose to use the tool. Communities should have the tools, states should have the tool, but nobody should be mandated to do it,” she said.
White House press secretary Sarah Sanders declined to weigh in on DeVos’ performance, saying school safety and other policies are the “focus of the President — not one or two interviews, but actual policy.”
Asked whether Trump tuned in to “60 Minutes,” Sanders said, “I’m not sure if he saw the whole thing or not.” 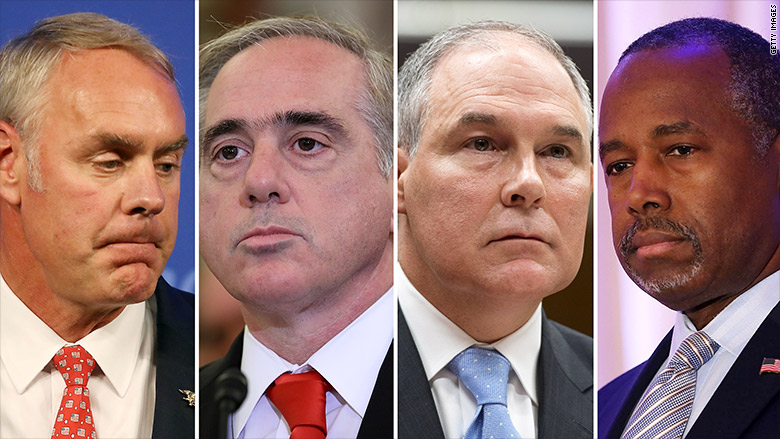 White House scolds Cabinet officials after embarrassing ethics reports
DeVos tweeted Monday afternoon: “Here’s what we shared with @60Minutes, which of course they didn’t show you: Michigan, like much of the nation, isn’t doing well enough to prepare students. Scores are stagnant. Students need more options, and we must rethink our approach to education.”
“Also missing from @60Minutes: students at charter schools in Detroit are doing 2x better than their peers. The reforms are helping, but there’s so much more to do. We must help all students be better prepared for strong futures,” she added.